MAC To The Future: Industry Trailblazing

Dudley Boden, president and CEO, began working for MAC in 2001. With over two decades of experience at the company, Boden has led his team to continual success. As the team’s camaraderie and standards of excellence continue to propel the company forward, Boden walks us through MAC’s history, workplace culture, and the traits that set the company apart from the rest.

For decades, searching for defects in steel manufacturing required product samples to be pulled from the line and essentially destroyed through various destructive methods, which led to lost product and interrupted processes. This was not only costly and inefficient, but also not completely effective at ensuring quality. NDT allows for 100% testing of all the products without destroying them, which creates a faster and more efficient process. MAC focuses on three main technologies: ultrasonic testing, electromagnetic techniques including flux leakage, and eddy current.

Ultrasonic testing is a process similar to what one may see in medical applications, but in this case, it is for industrial use. Flux leakage involves magnetizing a piece almost completely and detecting where magnetic flux leaks out of the product, signaling a defect. Eddy current is MAC’s original technology, which was developed in 1953. The process takes place at a very high speed and entails putting an alternating current in a coil and inducing a magnetic current in the metal. In turn, it produces magnetic resistance to the material circulating through the coil, which can then detect surface defects, scratches, and cracks.

The company has 110 employees worldwide, with 61 working at the Elmsford facility. MAC also owns a facility in Ohio–which works closely with the Elmsford location–where customers can ship products to be tested. All eddy current test coils are built in Ohio and the electronics are built in Elmsford. MAC services worldwide clients across North America, Brazil, Mexico, India, China, and Korea, to name a few. The company has installed systems in over 30 countries. Though NDT is a niche industry, MAC competes against a group of small, private companies, mostly based in Europe.

A Look-Back on MAC’s History

MAC was founded in 1928 by William Gould and William Gould Jr. in Long Island City, NY. They developed a group of patents for nondestructive testing of steel bars. It took six years of research and development to create an instrument that worked in production. Over the years, MAC’s extensive R&D led to major breakthroughs in NDT. MAC’s instruments were used to test steel bars at Jones and Laughlin Steel Corporation in the 1930s-40s, as demands for better quality during WWII jumped. MAC was featured in the company’s advertisement in the 1940 edition of TIME Magazine. In 1953, the company launched the first commercial eddy current tester in the country. Six years later, it released the world’s first spinning probe eddy current tester, Rotomac®.

The key to MAC’s success over the years has been its leasing program. Through this program customers can pay a monthly fee for use of the equipment while MAC retains ownership and provides service. This has allowed companies who otherwise could not afford the equipment to do the necessary testing, and at the same time, it has provided MAC with a steady stream of income, both in good and bad economic times.

With a demand for more space, MAC opened a new plant in Mt. Vernon in 1964, overseen by then-president William (Bill) Gould III. He was the primary owner, as well as chairman, president, and CEO. His father and grandfather were the company’s founders. With an engineering background and Harvard MBA, Gould was doing work he truly enjoyed, however, growing the company and the bottom line were never his primary motivation. “He ran the business because he loved it,” Boden says. “He still came to work at least three days per week in his mid-80s.” Boden started at MAC as vice president of sales and marketing in 2001 before taking over as CEO in 2016.

Prior to MAC, Boden attended Rochester Institute of Technology and received a photographic science degree before starting a management track in his career. Boden spent a decade as director and general manager at Minolta, where he ran a U.S. division focused on color measurement. When Gould passed away in 2019, Boden wanted to implement changes while maintaining a quality- and customer-focused approach. “My agenda coming in was to focus more on building the business without losing the character of it,” he says.

MAC is a privately held company founded and controlled by the Gould family. Bill’s wife, Jean Gould, is the marketing manager at MAC and started her tenure in 1978. Over four decades later, her role continues to shape the marketing and communications areas. She serves on the board and her son, Bob, is chairman of the board. The familial roots of the company continue to impact the workplace culture and overall company mission today.

Over the years, MAC’s product lines developed to become more advanced. The company broadened its flux leakage product line, developed a line of ultrasonic rotary testers, and launched a fully computerized eddy current tester. This growth tested the limits of the space at their Mt. Vernon facility and in 2010 MAC relocated to its current building in Elmsford. The building is 47,000 sq. feet, 80% larger including over 25,000 sq. feet of manufacturing space.

Similar to many manufacturers across the Hudson Valley, MAC has faced challenges in the hiring process. In the company’s earlier days, new hires could expect to spend the rest of their career at the company. Now, higher turnover rates and shifting employee expectations have slightly changed that dynamic. Boden explains that MAC seeks longevity in its candidates, and that the company is picky when it comes to hiring. “We still have that mentality of fully expecting to hire somebody and keep them for life,” he says. “We want to make sure they have the skills that they need and that they also fit culturally. It’s not always easy because it’s a challenging technical environment. We’re very picky about the people we hire and it takes time doing it.” After a two-year candidate search, MAC has filled its software positions, while continuing the hunt to fill CNC machinist positions. “We’re proud to have found very skilled people who work for us who like to be challenged regularly,” Boden says.

MAC’s leadership values its employees and has multiple employees who have worked there for decades. “We have wonderful people in the field and they work very closely with our customers, who’ve developed close relationships with them,” Jean Gould says. “We have people who have been with us for 30 plus years.”

Boden explains that a wide variety of the daily tasks employees undertake leads to a strong camaraderie that makes MAC stand out as an employer. “Here you get to be involved in a lot of different things, both on the technical and business side,” he says. “There is lots of interaction across disciplines and most people respond very well to that.” Because the company is small, there is overlap in the areas of business. No two days are the same and circumstances change based on each order, says Gould. “This is such an application-specific business. Each installation will have little quirks depending on requirements and specifications,” she says. “You have to talk to the customer, find out what their needs are and what their budget is. You really have to be a partner in finding that solution for them.”

MAC’s leadership values its employees and has multiple employees who have worked there for decades.

Field engineers hold the most challenging position at MAC. They are the face of the company to the client. Field engineers travel to plants (sometimes in less-than-stellar conditions) and are generally assigned to a specific country or region. The work is often challenging, both physically and mentally, making it one of the more difficult positions to fill. Boden asserts it’s the most important role to the company. From a production standpoint, there are no assembly lines at MAC: the processes all entail craft building. The turnaround time for small electronics could take about six weeks. Mechanics can take 10 to 12 weeks. Larger systems can take 10 to 12 months to complete. One or two engineers will work on the larger projects for two or three months before turning them over to production.

Back in 2020, MAC had not yet experienced the whiplash effect due to COVID-19. With a solid backlog, the company was able to continue producing orders. The setback came when international travel was halted early in 2021. China was a significant market for MAC, which, instead of growing, stalled. “Having worked off our backlog in 2020, 2021 proved more challenging,” Boden says. Supply chain delays and pricing spikes have significantly impacted MAC. The company found that certain components cost 10 times their original price. Normally, MAC would plan to have one month’s worth of inventory, but currently aim for about six months’ worth to ensure preparedness for future orders. Over the months, the company has worked to build its backlog, which is now the largest it has been in many years.

For the past couple years, Boden has placed more emphasis on growing the business and dialing in on margins and profitability. Looking forward, the company plans to invest more money into engineering and infrastructure. MAC is looking at organic growth, but also looking at acquisitions. Recently, for example, they acquired assets from a small Pennsylvania-based company. With decades of experience among business development managers, field engineers, and representatives, MAC’s team and its ability to spearhead the NDT industry makes it a frontrunner in superior technology and service.

Taylor Dowd is Marketing & Communications Coordinator at the Council of Industry. 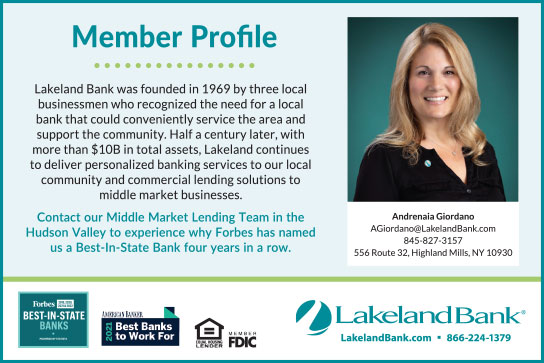 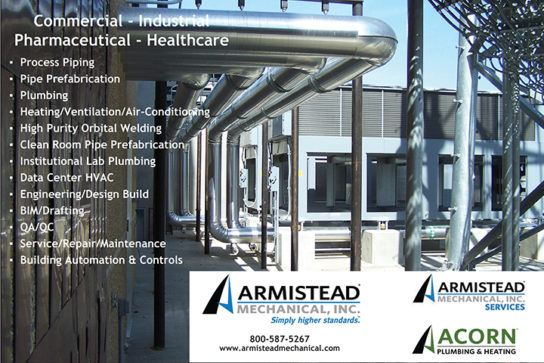